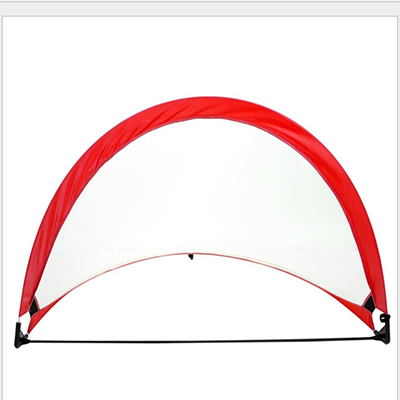 At the end of the 19th century, there was a football match in England. After the attacking team quickly advanced and shot, the players cheered and the referee declared the goal valid. But the defending players surrounded the referee and shouted that the ball flew out of the goal post and should not be awarded a goal. Did the ball enter the gate? It turned out that in football games at that time there was no net behind the goal, and the goal was shot. The ball is generally hurried and fast, and it is difficult to judge whether it has entered the goal. When the players on both sides were arguing and the referee could not explain clearly, a fishing tackle factory owner named Bao Erji ran into the field. He held a fishing net in his arms. In this way, the kicked ball will be caught in the fishing net, and there will be no disputes over whether the goal is scored or not. His suggestion was approved by the players and referees, and the two sides immediately hung up their fishing nets and continued the game. In this way, even the audience can see whether a goal is scored or not. This method solves a major problem that is difficult to judge whether a goal is scored or not in football games. In 1891, the English Football Federation officially approved the goal of hanging the net, and it is still in use today.