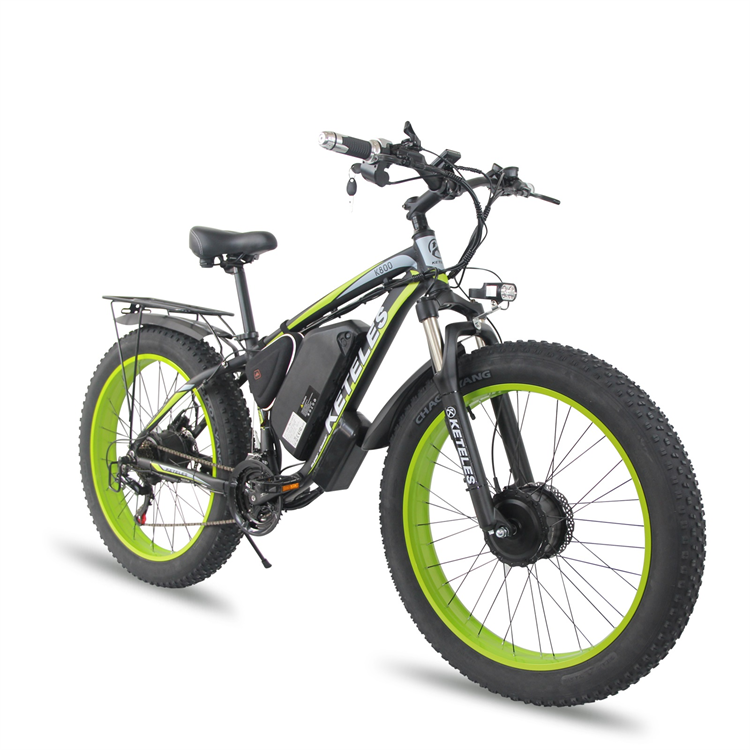 Mountain bike, the English name is "mountain bike", abbreviated as MTB. Originating in the United States, it is a model derived from American youths seeking excitement and driving bicycles to perform trick races on off-road venues in motorcycle competitions. The first person to ride a mountain bike off-road was a student at the University of California, James Finley Scott, who was the first person to convert an ordinary bicycle into a mountain bike. Later, cross-country sports gradually became popular in Europe and the United States, and formed an event. In 1990 the International Cycling Union recognized the sport, and in 1991 the first World Cup was held. Mountain bikes are bicycles specially designed for off-road (hills, trails, fields and sandy gravel roads, etc.), and their main features are: wide tires, straight handles, front and rear shock absorption, and more comfortable riding. Wide, multi-tooth tires provide grip, and there are shock absorbers to absorb shocks. The use of front shock absorbers has become standard in recent years, and vehicles with front and rear shock absorbers are becoming more and more popular. Some mountain bikes began to use sub-handles, but the handlebars with an upward angle have become fashionable and mountain bikes. They have the characteristics of high rigidity and flexible walking. There is no need to choose a road when riding. Whether it is street roaming or leisure travel, it has been widely used. Good reviews, cyclists can fully enjoy comfortable riding fun on various road environments, mountain bikes, because of their sturdy, rugged, novel appearance, colorful colors, and superior riding performance, will soon become an urban The fashion and mountain bikes pursued by young people are different from ordinary bicycles in various parts, such as tires with cushioning effect, good shock resistance, firm and strong frame with high rigidity of materials, handlebars that are not easy to fatigue, and even on steep slopes. The transmission that can also ride smoothly, etc., make mountain bikes more suitable for mountain climbing off-road and outings.