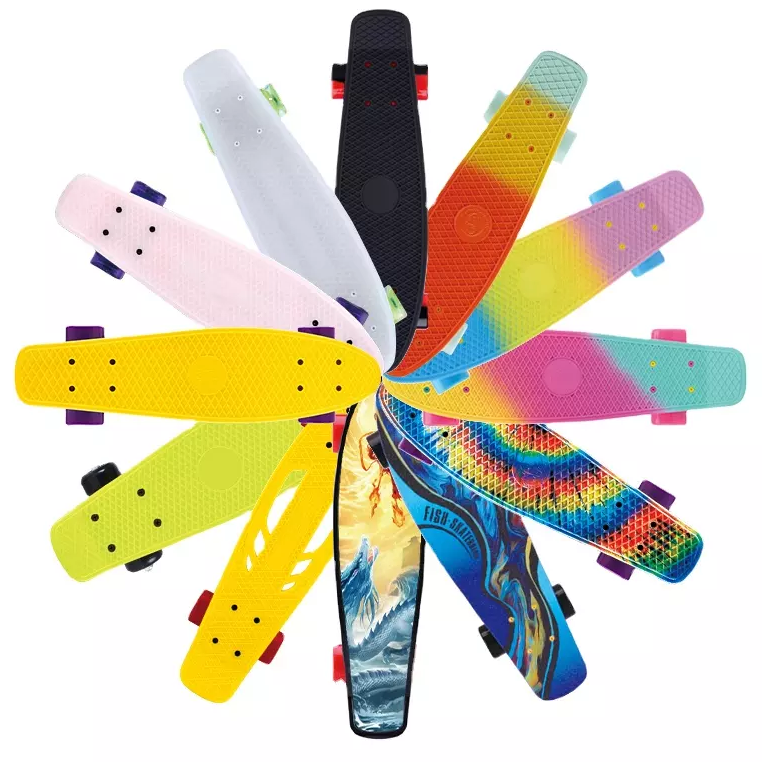 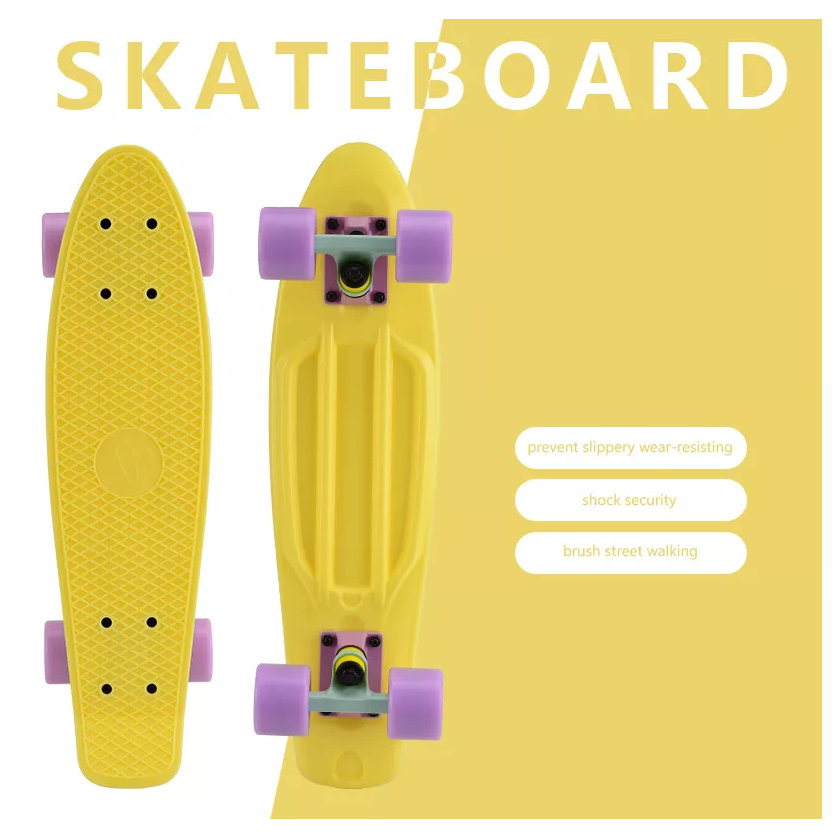 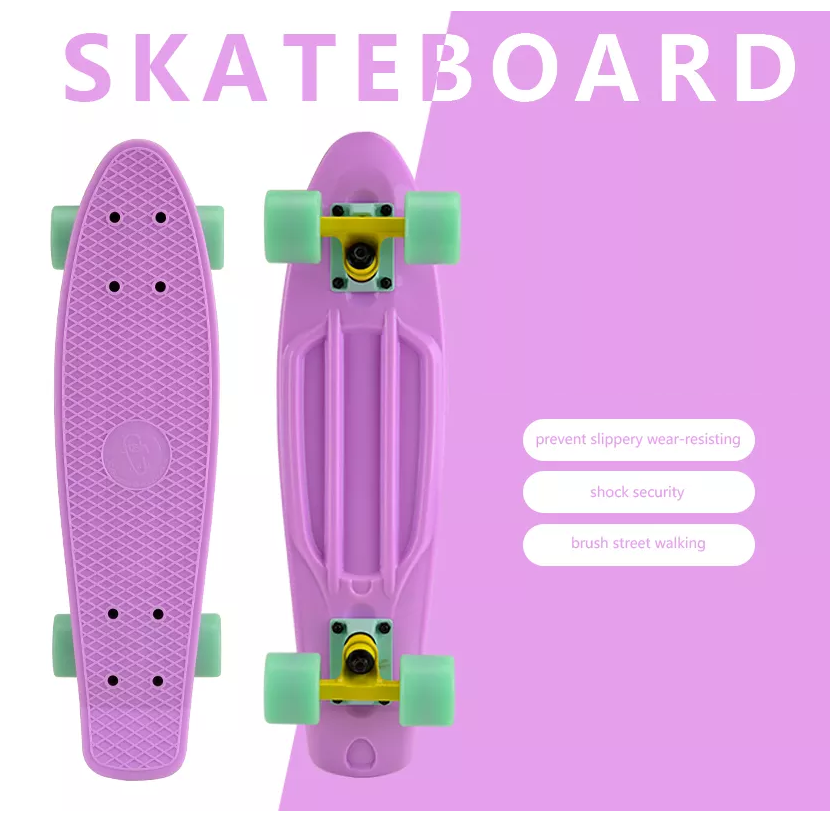 It is important to choose the size and curvature of the board that suits you. The panels are generally made of five, seven or nine layers of wood panels pressed with high pressure. Planks can be Canadian maple, Chinese maple, or birch. The choice of sandpaper must be "sticky" to the foot, which can increase the friction between the shoe and the board. The size of the wheels is calculated in millimeters, the most common is 52-56 mm. For example, for a 5331 wheel, the first two numbers (53) are the diameter of the wheels, and the next two numbers (31) are the width of the wheels. The larger the wheel, the faster it is, and the smaller the wheel is more suitable for playing fancy. Most bearings use abec coefficients to express speed and slowness, which are ABEC1, ABEC3, ABEC5 and ABEC7. For starters, practicing skateboarding on smooth ground (such as marble floor or flat cement floor), you can choose abec1-3 bearings; If you are practicing skateboarding on rougher ground such as those with anti-slip lines, it is best to use bearings above ABEC3.